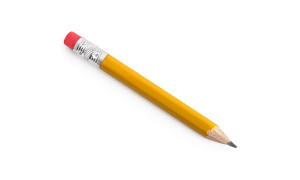 Sweat trickled down Adam’s neck as he struggled to get comfortable in the new suit his father had hastily bought him that morning. People poured through the front door, most with a bottle of whiskey, which were beginning to fill up a small table at the bottom of his stairs. Every now and again one of his uncles would emerge from a room full of laughter to help out the overstocked table, but they seemed to be fighting a losing battle as strangers continued to flood the house.

Adam’s room was more somber, and it seemed to him to be reserved for soft handshakes and whispers before guests retreated to one of the more lively areas of the house. The sheer number of fleeting visitors had made the small room stiflingly hot. The only person who was not sweating was Adam’s grandad. He stared at his peaceful face, expecting him at any moment to jump up and declare to everyone that this was just the latest prank from an old man who was often the life and soul of their parties.

A hush fell throughout the house. Father Cronin had arrived. Adam’s Aunt leaned over and whispered into his ear for him to fetch the holy water from upstairs. Adam left and quickly traversed the stairs in spite of his awkwardly fitting suit. At the top of the landing was a high shelf with a plastic Virgin Mary full of holy water that his neighbour had brought them from Lourdes. Even at full stretch Adam could never hope to reach it. He jumped and tried to grab at her but his clumsy attempt only succeeded in knocking the vessel from her shelf.

The holy water splashed down his face and trickled into his mouth. It was cool and refreshing at first but this quickly subsided as Adam’s face began to burn with the guilt of realisation of what he had just done. Panicked, he grabbed the bottle and ran to the nearest room with a lock – the bathroom. Adam sat there for several minutes before devising a plan that he was sure would send him to hell. He refilled the bottle carefully, dried it with a white linen towel and brought it back downstairs to the waiting priest.

Adam stood there soaking in a mix of nervous sweat and holy water, wondering if God would punish him for what he had done. Just then, he saw his mother’s face and the slight alleviation of sorrow that came across it as she watched the priest bless her father. Adam relaxed, surely if he could see what truly mattered, then so would God?